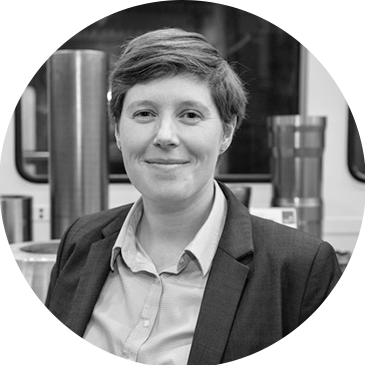 Lynne O’Hare is a Chartered Mechanical Engineer who joined the AFRC as part of its launch team in 2009.

Originally specialising in superplastic forming and the computational design, development and test of superplastic forming processes, she has been instrumental in developing the centre’s production-scale capabilities that bring academic-level research to an industrial client base helping businesses of all sizes turn ideas into a reality by de-risking innovation and solving real world business issues.

In 2014 Lynne moved from the AFRC’s engineering team to focus more on developing the centre’s commercial activities.

More recently Lynne has also been heavily involved in supporting the Scottish Government with the development of the National Manufacturing Institute Scotland (NMIS), announced by the First Minister in December 2017.

With a research background in computational analysis, Lynne after has had numerous papers published on a variety of subjects ranging from computational fluid flow and heat transfer in rarefied gas dynamics for aerospace applications, to finite-element-led design, test and manufacturing approaches for prosthetic lower limb systems.